Thursday, May 27th we'll be holding a Spaces Hangout with our new Community Manager, AtomBombBody! We've got a few new Spaces features too, including building blocks, jetpacks, and more! 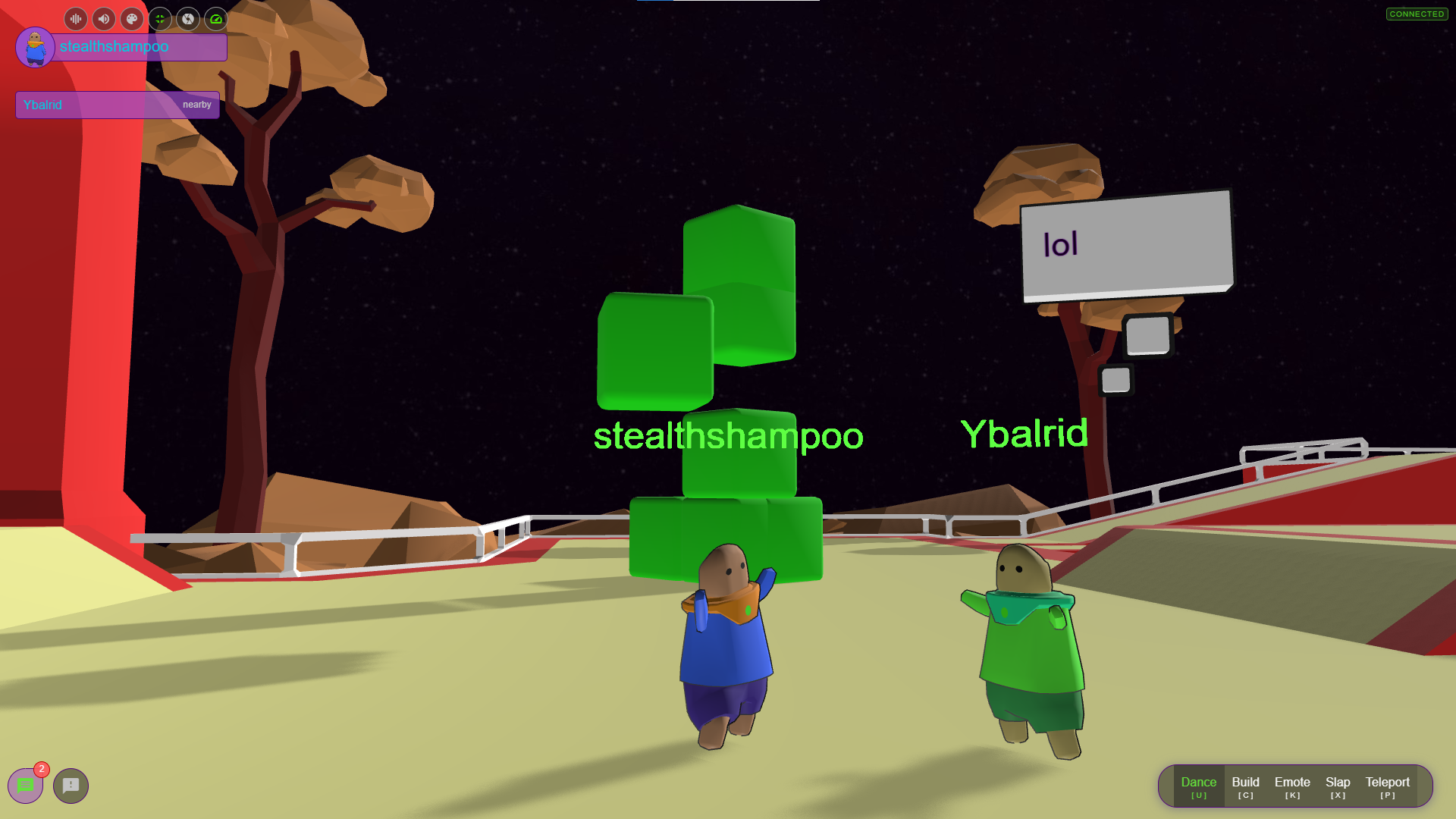 LIV Spaces is a little-known LIV project in pre-pre-prealpha that stemmed from one simple mission; how can we meaningfully connect a content creator to their superfans more intimately?

It turns out that this simple mission could be accomplished in hundreds of different ways. We’re still trying to figure out which are the most fun and engaging - and we’d like you to get involved!

She’ll be in virtual reality inside of LIV Spaces, and you can chat and interact with her by joining https://liv.gg/atombombbody on your web browser or phone tomorrow at 11am PT, 8pm CT!

You should know what you’re getting into, so let’s talk a bit more about LIV Spaces.

In each Spaces experience, your favorite streamer or content creator will appear as a gigantic virtual avatar! AtomBombBody made hers with the free ReadyPlayerMe avatar creator available here on the LIV website.

But don’t worry, you don’t need to hop in VR yourself to join! We wanted to make Spaces as accessible as possible, especially if you enjoy a VR creator but don’t have a headset yourself.

You’ll appear as a Buddy in Spaces, a little androgynous entity whose only job is to mess with the streamer in hilarious ways. Buddies can attach to the streamer, block their view while they’re playing a game, eat burritos, grow hair, compete against the streamer in minigames, and tons more activities!

‍
You can chat directly in Spaces, making this the perfect time for you to ask the LIV team about what we're working on!

If you’ve been in Spaces before, you’ll be pretty amped about a few new things we’ve added:

‍Buddies now have building capabilities. Maybe you can stack these to get up somewhere cool.‍

These exist in real life, so I'm sure you know what both of them do. One of them is going to be more rare than the other.

The most recent two LIV Spaces tests feature Californian content creators, so of course they demanded burritos be served. Consumption of these burritos may cause something very childish to occur.

It plays music! It randomly chooses a song to play to you in LIV Spaces, I’ve found two so far.

The Labs team at LIV would love to hear what you’d like added to Spaces! Join us at 11am PT / 8pm CET and help us make Spaces a place that you’d love to take your own viewers into.

You can hop in the LIV Discord to get a notification when it’s time to hop in. Just want to watch? We’ll be streaming the Spaces experience in a LIV voice channel too!