What To Do After Getting A DMCA Strike On Twitch

And How You Can Avoid It In The First Place 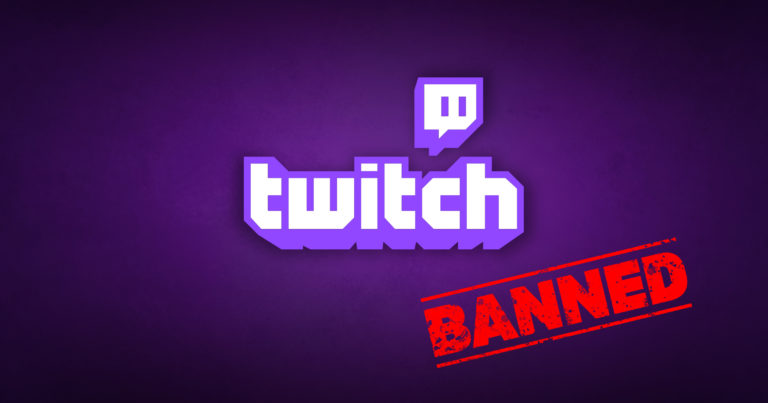 Following the events of the last few months, DMCA needs no introduction.

With Twitch bearing down on its streamers in a misguided witch hunt, millions of creators run the risk of their content being permanently wiped from the internet. Chances are you’re in the same boat too. Why else would you be reading this?

Luckily, Twitch has a 3-strike policy that allows streamers to default three times before their channel gets the ax. If you've already received a DMCA strike - or want to ensure that you never do - here are a few things you can do to keep your content out of Twitch's line of fire.

What Exactly Is DMCA?

Before we get into how you can avoid being slammed with a DMCA takedown notice, it only makes sense to explain what those four letters stand for.

Short for Digital Millennium Copyright Act, the DMCA is a set of rules that was passed into US law on October 28, 1998. Its original purpose was to protect intellectual property and prevent theft and piracy, problems that were quite rampant at the time.

The State of Things

As you might imagine, content no longer adheres to the format that it used to in the previous century. The digital age has long progressed from the era of clunky DVD players and 12 MB RAM computers.

In the place of rigid TV guides that were delivered in the mail every Monday, people now have dozens of live-streaming and video-on-demand platforms where they can watch whatever content they want, whenever.

Just as the demand and supply of content have changed, you’d expect that the rules governing this transaction would have evolved as well. But has that been the case?

Rather than a system that precisely targets those who willfully steal intellectual property, what streamers have on their hands is a flawed mechanism that punishes them for playing games the way they were meant to be played - with audio.

Most people would argue that the simplest solution would be to stop streaming music altogether. But we VR gamers know it isn’t simple.

Staple VR games like Beat Saber are built around music. And subtracting songs from those streams wouldn’t make any sense.

So far, Twitch and OBS Studio have attempted to remedy the situation.

On one hand, there’s Soundtrack by Twitch, a software solution that ‘creates’ separate audio tracks for live streams and video-on-demand (VODs). The idea behind this was to isolate copyrighted music so it can be used only on live streams and deleted afterward on the archived VODs.

Sounds like a simple enough plan, right? Well, that’s hardly been the case.

After multiple trials, dozens of Twitch streamers have reported that Soundtrack is riddled with bugs. Many have spent hours in their streams only to discover that all audio on their VODs were muted. Not some audio, mind you. ALL.

As you’d agree, listening to in-game sound effects is vital to gaming. And streaming without it does more than subtract from the experience, especially in VR where gameplay is supposed to be immersive.

Another glimmer of hope appeared when OBS released a software update that included a feature similar to Soundtrack by Twitch. The addition allowed streamers to include audio tracks that only their livestream viewers would hear.

If you look closely enough, you’d notice that these two anti-DMCA solutions rely heavily on the fact that live streams aren’t being monitored for copyright violation. It is true that so far, only VODs have been struck with takedown notices. But who’s to say that things will remain that way?

In recent interviews, several music label officials have hinted strongly at the eventuality of their DMCA-issuing bots extending their reach to live streams. Which would mean that any creator could get a takedown notice right in the middle of a stream.

If music labels mean business - which we can rightly assume they do - and go on a stronger offense with these bots, how much longer would it be before half measures like Soundtrack by Twitch and the recent OBS update become even more redundant?

There’s no disputing the fact that Beat Saber is a pillar of the VR streaming community. But given the current circumstances, if your work as a creator revolves primarily around the music game we all love, it might be time to rethink your content strategy.

One thing you can do is to take your foot off the Twitch pedal, at least for now. If you’ve been nursing the idea, now is the best time to explore and experiment with other content-centric ecosystems. Platforms like TikTok and Instagram rely heavily on copyrighted music. And not only are they VR content-friendly, but they are also more lenient than Twitch when it comes to DMCA violations.

Another approach you can try is to download non-copyrighted music and turn them into a playlist on Beat Saber.

Granted. Certain copyright-free tracks may have terrible maps that are impossible to play. But it’s important to remember that there are many royalty-free songs out there that are just as awesome as the popular tunes. Just keep an open mind and dig deep.

When it comes to finding ambient music to fill the background for your Just Chatting streams, there are several royalty-free platforms you can search for your music needs. But of the many that may come to mind, we recommend these six.

While it might seem like music labels are monitoring all their songs, the truth is most of their resources towards their global hits. Observation has shown that the 40 most popular songs on the radio are more likely to be targeted for DMCA takedowns than others.

With this in mind, it only makes sense to steer clear of established music groups like Warner, Sony, and Universal.

To better explain the threat levels of mainstream songs, we’ve classified songs into tiers based on how DMCA-sensitive they might be. Feel free to access the additional resource here.

Turning off in-game music will also go a long way in keeping your channel safe. While it’s easy to assume that game publishers have covered every aspect of copyright in their games, it’s always best to not take the risk. Especially since streamers have received DMCA strikes for sounds as trivial as police sirens.

You can even take things further and license your music. Paid services like Monstercat Gold offer a great platform to do just that. Asking your viewers to create licensed music for your streams can also be a creative way of engaging your community.

With these countermeasures in place, getting slammed with a DMCA strike should be near impossible.

But what about all your past content? Videos from two, three years ago?

Sadly, the only option creators have at this point is to delete all previous VODs. While it’s true that not all your archived VODs will violate DMCA guidelines, it often takes hundreds of hours - and a lot more in effort - to manually sift through years’ worth of content in search of copyrighted material.

If there’s anything the latest episode of DMCA saga has proved, it’s that the road to hell is paved with good intentions.

With innocent streamers getting unwarranted heat for things that are beyond their control - like in-game soundtracks - it’s clear that DMCA policies no longer achieve the purpose for which they were created.

On that note, Twitch needs to set up a DMCA-management system similar to Youtube’s that handles things a little more tidily.

But since that may not be happening anytime soon, streamers should take extreme care to not become needless casualties. VR creators in particular should double-check their content for any copyrighted material. And while we realize that this might not be 100% foolproof, it lowers the odds of being slammed with a DMCA strike.

‍Want to be a part of a community of VR content creators? Join our Discord here and gain access to daily VR streaming tips.

Writer by day, gamer by night. You can find me watching SuperHot videos on Youtube.